Seat belts reduce the rates of injury and mortality by more than 50 percent.

Primary enforcement laws are a protective factor in the increased use of seat belts, knowledge about their use and driver safety. In states with these laws, seat belt usage is 92 percent. States without laws have 83 percent usage rates (CDC, 2016).

The rates of injury and death from automobile crashes have decreased because of state and local policies. 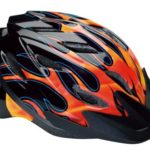 Wearing a helmet can reduce the likelihood of traumatic brain injuries by roughly 90 percent.

Bicycle helmet laws have been ruled effective in reducing crash-related injuries and fatalities at all ages.

Increased awareness about helmets and advocacy for other rider safety programs and policies — bike lanes and rider visibility — have contributed to increased helmet use and individual behavior changes.

The CDC’s HEADS UP campaign provides parents with information on what to look for and
avoid when choosing a helmet for their child.

Since Mothers Against Drunk Driving (MADD) was founded in 1980, the number of drunk driving deaths has been cut in half.

The National Highway Traffic Safety Administration identified multi-component methods with the greatest impact in reducing and preventing the number of drunk driving incidents.