The Centers for Disease Control and Prevention states that opioid-involved deaths continue to increase in the United States, and opioids are involved in the majority of drug overdose deaths (66%).

In 2016, the number of overdose deaths involving opioids was five times higher than in 1999.

On average, 115 Americans die every day from an opioid overdose.1 In the United States, deaths caused by opioid overdose increased more than threefold between 2000 and 2015 (Rudd et al, 2016),2 which has contributed to a loss of 0.21 year in the overall life expectancy during the same time period (Dowell, et al., 2017).3

In spite of the fact that 90 percent of the Americans who suffer from pain have short-term pain from injuries or medical procedures, and that opioids should be used judiciously in conjunction with other pain management methods or when non-addictive therapies are insufficient to control pain, opioid prescriptions continue to rise.

From 1999 to 2010, the number of prescription opioids sold to pharmacies, hospitals, and doctors’ offices nearly quadrupled from 1999 to 2010, yet there had not been an overall change in the amount of pain that Americans reported.

Deaths from prescription opioids (i.e. oxycodone, hydrocodone, and methadone) have more than quadrupled since 1999. In 2013, providers wrote almost 250 million opioid prescriptions, and studies suggest that regional variation in the use of prescription opioids cannot be explained by the underlying health status of the population.

Among those who died from a prescription opioid overdose between 1999 and 2014, overdose rates were highest among people aged 25 to 54 years.

Rates were higher among non-Hispanic whites and American Indian or Alaskan Natives, and men were more likely to die from overdose (but the mortality gap between men and women is shrinking).

The CDC indicates that overdose is not the only risk related to prescription opioids. Misuse, abuse, and opioid use disorder (addiction) are also potential dangers.

In 2014, almost 2 million Americans became dependent on prescription opioids. As many as one in four users can struggle with addiction.

More than 1,000 people are treated in emergency departments for misusing prescription opioids annually.6

Roughly 21 to 29 percent of patients prescribed opioids for chronic pain misuse them. Between 8 and 12 percent develop an opioid use disorder, and an estimated four to six percent who misuse prescription opioids transition to heroin.

About 80 percent of people who use heroin first misused prescription opioids.7 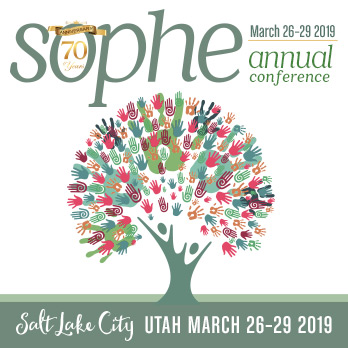 Registration is now onsite at the annual conference.
Learn More