The son and grandson of prominent African American ministers, each of whom bequeathed a legacy of activism in the cause of black civil rights, Martin Luther King, Jr., born on January 15, 1929, in Atlanta. Dr. King believed in using peaceful demonstrations, acting with love and calm.

Graduating from high school at the age of 15, Dr. King received his bachelor’s degree in 1948 from Morehouse College. After three years of theological study at Crozer Theological Seminary in Pennsylvania, he was elected president of a predominantly white senior class and awarded the B.D. in 1951. After winning a fellowship at Crozer, he enrolled in graduate studies at Boston University, completing his residence for the doctorate in 1953 and receiving the degree in 1955. In Boston, he met and married Coretta Scott, and started a family.

Dr. King was instrumental in executing nonviolent protests, such as the Montgomery Bus Boycott and the 1963 March on Washington, where he delivered his iconic “I Have a Dream” speech. As a social activist and Baptist minister he was key in the American civil rights movement from the mid-1950s until his assassination in 1968.

King sought equality and human rights for African Americans, the economically disadvantaged and all victims of injustice through peaceful protest.

Dr.  King won the Nobel Peace Prize for his nonviolent resistance to racial prejudice in America. At 35 years of age, the Georgia-born minister was the youngest person ever to receive the award. He was instrumental in Congress passing the Civil Rights Act of 1964. This law made it illegal to treat people differently because of the color of their skin when they were trying to buy a house, rent an apartment or go to a restaurant, for example.

What does this holiday celebrate? It celebrates the life and achievements of Rev. Dr. Martin Luther King Jr.

Dr. King’s birthday was finally approved as a federal holiday in 1983, when President Ronald Reagan signed the holiday into law in.

Alabama and Mississippi are the only states to combine Lee and King’s day, the King holiday goes by different names. All 50 states made it a state government holiday by 2000. This means that it is an observed holiday for federal employees, and for many schools and businesses. Officially, King was born on January 15, 1929 but the King holiday is marked every year on the third Monday in January. This year, the day is observed on Monday, January 18, 2021.

He is known for his “I Have A Dream” speech which he delivered during the March on Washington for jobs and freedom to an estimated 250,000 people who came to Washington, D.C., on August 28, 1963.

Here, he called for civil and economic rights and an end to racism in the United States. Gospel singer, Mahalia Jackson, sang “I’ve Been ‘Buked and I’ve Been Scorned” and prompted Dr. King to say, ‘I have a dream’ by shouting, “Tell ’em about the dream, Martin.” Throwing the script out the window, King turned to his dream.

“I still have a dream. A call for equality and freedom, it became one of the defining moments of the civil rights movement and one of the most iconic speeches in American history.

“I have a dream this afternoon that my four little children will not come up in the same young days that I came up within, but they will be judged on the basis of the content of their character, not the color of their skin”.

Dr. King’s “Dream” speech would play an important role in helping pass the 1964 Civil Rights Act, and the pivotal Selma to Montgomery march that he led in 1965 would provide momentum for the passage later that year of the Voting Rights Act.

During his lifetime, Dr. King was arrested several times during his non-violent protests.

He, like the Apostle Paul in the Bible, wrote letters from jail.

“Injustice anywhere is a threat to justice everywhere. We are caught in an inescapable network of mutuality, tied in a single garment of destiny. Whatever affects one directly, affects all indirectly.”

On 1 February 1968, two Memphis garbage collectors, Echol Cole and Robert Walker, were crushed to death by a malfunctioning truck. Eleven days later, frustrated by the city’s response to the latest event in a long pattern of neglect and abuse of its black employees, 1,300 black men from the Memphis Department of Public Works went on strike. Sanitation workers, led by garbage-collector-turned-union-organizer T. O. Jones, and supported by the president of the American Federation of State, County, and Municipal Employees (AFSCME), Jerry Wurf, demanded recognition of their union, better safety standards, and a decent wage.

Several protests were held and Dr. King himself arrived in Memphis on March 18, 1968 to address a crowd of about 25,000—the largest indoor gathering the civil rights movement had ever seen. Speaking to a group of labor and civil rights activists and members of the powerful black church, King praised the group’s unity saying,

King encouraged the group to support the sanitation strike by going on a citywide work stoppage, and he pledged to return that Friday, March 22nd, to lead a protest. However, several big snowstorms occurred.

Dr. King considered not returning to Memphis but decided that if the nonviolent struggle for economic justice was going to succeed, it would be necessary to follow through with the movement there. After a divisive meeting on March 30, the Southern Christian Leadership Conference (SCLC) staff agreed to support King’s return to Memphis. He arrived on April 3, 1968 and was persuaded to speak by a crowd of dedicated sanitation workers who had braved another storm to hear him.

A weary King preached about his own mortality, telling the group,

“Like anybody, I would like to live a long life—longevity has its place. But I’m not concerned about that now … I’ve seen the Promised Land. I may not get there with you. But I want you to know tonight that we, as a people, will get to the Promised Land,”

(King, “I’ve Been to the Mountaintop”)

Partly because of its historical importance to the black community of Memphis, Dr. Martin Luther King chose to stay at the Lorraine Motel during the 1968 Memphis sanitation workers’ strike. King, Ralph Abernathy, Andrew Young and other black leaders came to support 1,300 striking sanitation workers.

One day after speaking those words, at 6:05 P.M. on Thursday, April 4, 1968, Dr. King was shot while standing on a balcony outside his second-ﬂoor room at the Lorraine Motel by James Earl Ray, an American fugitive and convicted felon. Dr. King was rushed to a hospital and died an hour later.

As word of the assassination spread, riots broke out in cities all across the United States and National Guard troops were deployed in Memphis and Washington, D.C. On April 9, King was laid to rest in his hometown of Atlanta, Georgia.

The King family and others believe that the assassination was the result of a conspiracy involving the U.S. government, the mafia and Memphis police, as alleged by Loyd Jowers in 1993. They believe that Ray was a scapegoat.

The current burial place of Dr. King is on the grounds of the Martin Luther King, Jr., National Historic Site near Ebenezer Baptist Church and Dr. King’s birth home on Auburn Avenue, in Atlanta.

The Martin Luther King, Jr. Memorial in Washington, DC honors this man of conscience; the freedom movement of which he was a beacon; and his message of freedom, equality, justice and love. It is the first on the National Mall devoted, not to a United States President or war hero, but a citizen activist for civil rights and peace.

In light of the Black Lives matter Movement and the recent invasion of the Capitol building, we need leadership like Dr. King’s with non-violent and peaceful protests. I came across a couple of quotes about leadership:

“A genuine leader is not a searcher for consensus but a molder of consensus.” Dr. King reminds us of the power we have as leaders to listen deeply and bring people together in discourse. “A great leader possess a clear vision, is courageous, has integrity, honesty, humility and clear focus. … Great leaders help people reach their goals, are not afraid to hire people that might be better than them and take pride in the accomplishments of those they help along the way.”

It is my hope that on January 20, 2021, that kind of leadership is inaugurated as President of the United States.

Martin Luther King Jr. had a dream that one day, one’s race would not matter, and we would all be treated as equals. Unfortunately, over 50 years later, that dream still hasn’t come true.

On a positive note and notice, Propper Daley, a social impact agency, are organizing/producing the WKKellogg Family Foundation’s virtual event for the 4th annual National Day of Racial Healing coming up on January 19, 2021 The day is centered on experiences rooted in truth-telling that lead to racial healing for a more just and equitable future.

It’s a day for authentic dialogues, so we continue to learn to see and hear each other, and it’s a day to share our stories and recognize our shared humanity, so we can come together and transform the world around us. This event is so relevant and important in the current world we live.

You can read more about it and RSVP 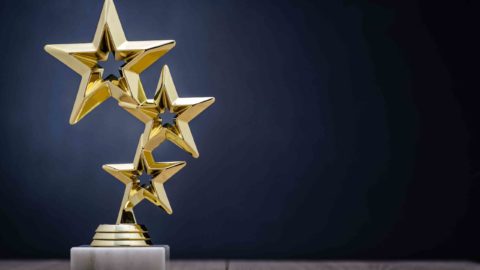 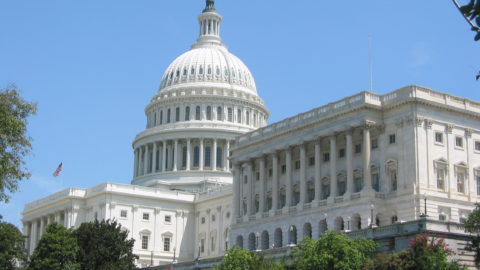 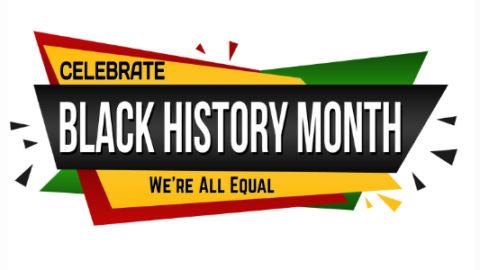